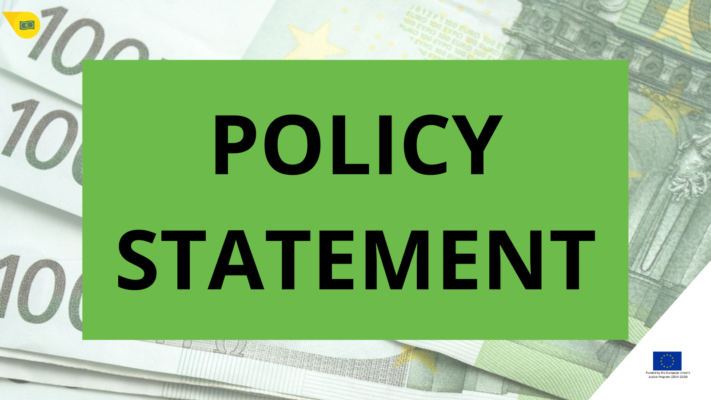 During the monthly conference call among project partners, on 16th November, the policy statement on the role of legal professions in AML/CFT has been approved. This document follows the assessment on the implementation of EU law on AML/CFT at national level. It aims at certifying the commitment of lawyers and notaries; it focuses on their role for the effectiveness of EU AML/CFT policy. Ceplis, the European Council of Liberal Professions, was in charge of preparing the policy statement.

Indeed, after receiving some guidelines by the coordinator Confprofessioni, Ceplis decided to involve its members asking for comments on the role of legal professions. It prepared a first draft and submitted it for discussion during the partnership meeting in Sofia. Following some amendments, the partnership finally approved the final version.

Two parts compose the twenty-page document: first, a sort of introduction/background; then, a statement on the role of legal professions in advocating the European strategy on AML/CFT. Here, relevant legislation is recalled and integrity is mentioned as key point. Also, lawyers and notaries, and their associations, are encouraged to mainstream the 40 FATF Recommendations and the European Directive 2015/849, as well as the national legislation on the matter.

Read the Policy Statement on the role of legal professions in AML/CFT.