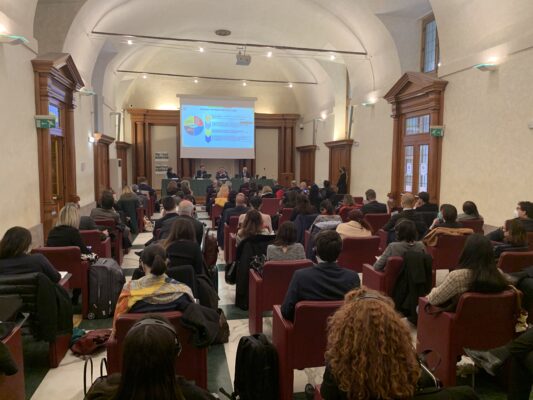 The first training seminar of LIGHT project has been held on 31st March and 1st April in Rome. The event addressed the topic of the EU law against money laundering and terrorist financing and the role of legal professions. Federnotai, the Italian Union of Notaries, organised it with support from Confprofessioni, the Italian Federation of Liberal Professions, and UINL, the International Union of Notaries.

On the first day, besides the representatives of the project partners, there have been several high-level speakers, such as the undersecretary of State of the Ministry of Economy and Finance Ms. Guerra, Senator Mirabelli, MEP and former anti-mafia and counter terrorism prosecutor Roberti, public prosecutor Lo Voi, former prosecutor and senator Casson, commander of the Guardia di Finanza Magliocco. During the two days, participants stressed the important role of legal professions in AML/CFT.

The president of the National Council of Notaries called for the free-of-charge consultation of the coming register of beneficial owners by notaries and other actors engaged in AML. Then, the secretary general of the International Association of Judges Mr. Oberto stressed the importance of the autonomy of notaries and judges from any external influence.

During a panel discussion on big data, Mr. Gunnella from the Council of Notaries discussed on how data sent by notaries feed public registries. Ms. Bacci from DG FISMA of the European Commission, Mr. Rizzo from the EESC and Mr. Stefano Cappiello from the Ministry of Economy and Finance also joined the panel. Then, the Italian interlocutor of the ENN Mr. Antonio Cappiello delivered a speech on economic analysis and AML framework. He assessed that in civil law countries AML compliance by notaries is better.

During the afternoon workshop, the moderator notary Licini presented some case studies on how to identify suspicious transactions and how to report them. He also exposed the risk assessment process. In the end, presentations on the Spanish and German systems were delivered by some participants.