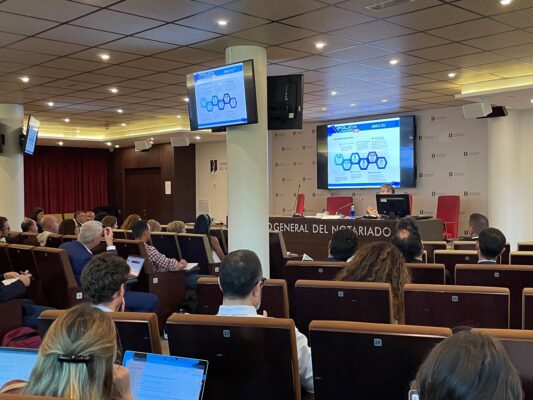 On the first day, Mr. Sanz from the Spanish National Police addressed the topic of crypto assets from many points of view: from an introduction to crypto assets to the actors involved, from the legislation on the matter to the money laundering typologies. Afterwards, Mr. García Fresno, head of the analysis and reporting unit of the Centralised Organisation for the Prevention of Money Laundering, delivered a presentation on the Spanish model.

On the second day, Mr. Sevilla from the Spanish Civil Guard continued the discussion on cryptocurrencies. He talked about Bitcoin, Ethereum and DeFi, investigations into terrorist financing, suspicious activities and best practices. In addition, Ms. Pinillos from the Spanish FIU gave and additional contribution while Ms. Jimenez, advisory member of Moneyval, delivered the conclusions.

She stressed three challenges. First, there is a gap between the law and the reality, and the law always lags behind. Second, both money laundering and terrorist financing have to be fought at global level, therefore a global coordination is needed, which makes the role of FATF very important. Thirdly, there is need for cooperation between private and public sectors, and public administration deems very useful to know the opinion of the private sector.